Kitchen Time with the EdTechFamily

We love to cook.

We have a schedule that we created to start on Monday, March 23. The schedule includes meal prep time ahead of lunch and dinner, as well as a block of time in the morning for a walk and breakfast ahead of any contact with books or Chromebooks. I count cooking in the time set aside as "creative time," as well. So if the kids want to plan or prep for a meal during that time, that fits. Additionally, on Tuesday the 24th, Kiera used part of her creative time to mend one of Connor's shirts. "I'm the sewer," she declared. (She is far better at mending things than I am in large part because of the arthritis in my thumbs.)


Paving the Way in the Kitchen 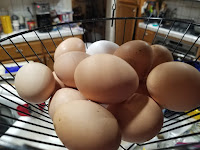 I have always included the kids in the kitchen. From a young age, Connor has done well with things such as pork roast in the slow cooker. I have a picture from 2011 with Kiera in the backpack on my back as Connor and I prepared dinner one spring evening. She was not even one-year-old, but she helping right along as a ten-month-old could.

Each summer, we spend some time with family at our Ranch near Santa Maria. During our time there, the kids team up with my aunt and uncle. This is one of the rare times we actually do "boys vs girls" and it lends itself to some fun. Sometimes, my youngest cousin participates as well. We always enjoy when our schedules sync up to allow this.  The teams then compete in what we call "Chopped: Ranch Edition." I make a list of items and do the grocery shopping. Then I put together bags (rather than baskets) for each team. The first year we did this, we had two kitchens. One was a very small kitchen in a trailer, but it allowed the teams to have their own space. Another year, they shared a kitchen and the stove had only two working burners. To say that they have operated under varying circumstances and successfully cooked interesting and delicious dishes would be an understatement.

They do well. I try to keep the ingredients somewhat tame, but interesting. My parents ultimately serve as the judges (hint: it always ends in a tie) and we all enjoy a meal together at the end. "Chopped: Ranch Edition" has helped my two learn a lot more about maneuvering around a kitchen and playing with flavors. Although Miss Kiera still has some picky eater tendencies, I have also seen her tastes grow by spending more time in the kitchen. Now if I could just get her back eating seafood. 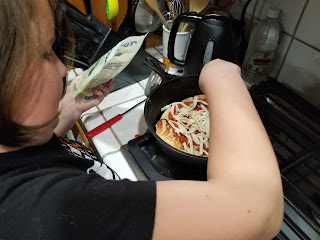 As Spring 2020 neared, we had an international adventure where we spent all but one evening cooking meals at "home." One evening, Connor offered to cook dinner. He had minimal assistance, though I made myself available in a supporting role. He created a wonderful dinner that included sauteed chicken. The lefotver chicken was delicious cold the next day as part of our lunch. This evening in February showed me that he could do even more in the kitchen on his own now Supervision is a must, always. Still, he proved himself ready for more freedom in planning and cooking. From a small kitchen in a flat in Paris in early February to our "new normal" in mid-March, we have started exploring new ideas. 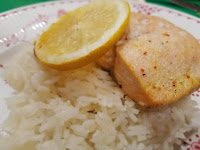 Before the shelter-in-place order came from Governor Gavin Newsom, we had a Pi Day adventure. We had to navigate the oven being out and we had planned pizza and pie, of course. So, we got creative. I found tips for making pizza in a cast iron skillet and the kids suggested making a no-bake pie. Perfect! We used a Pillsbury pizza dough, jarred sauce, and shredded cheese. We started by flattening the dough in a preheated iron skillet. After cooking the first side, we flipped it. The kids spread sauce then covered it with cheese. Each of the kids added their preferred toppings to the pizza (tomatoes and salami were top choices, giving us more circles!) and then I sprinkled a little more cheese on top. I covered the skillet to keep the heat in and cook the toppings. When the cheese had melted to the satisfaction of those who would eat it, I removed it from the heat, cut pieces and served it. The kids loved it! For the pie, we used Cool Whip, sweetened-condensed milk, and lemon juice for the filling. We picked up a couple of premade graham cracker pie crusts ahead of time. So, once we made the filling, we filled the two pie crusts and placed them in the refrigerator to chill while we made and ate the pizza. (I put a cheese board out for the adults.) When the pie was ready to serve, we all enjoyed it. In fact, we enjoyed it so much that I picked up additional supplies to make it again. We still have a lot of lemons left to use. So, we will make another batch, but we will also explore some other options for using our lemons.


No oven? No Problem

A few days later, my dad made a loaf of bread in the turkey roaster.

I have always believed in "waste not, want not," but I have upped my game during this time as the grocery store is not real high on my list of places to visit. It has now been a week since my last grocery store trip and I have adjusted fairly well to this part of my new normal. 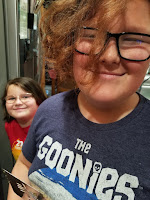 On Sunday evening, we found we still did not have an oven. I planned macaroni and cheese for dinner. No oven? No problem! I looked up recipes for making macaroni and cheese in the Instant Pot. I used them to follow some general guidelines and put together my own recipe. I used 16 ounces of elbow macaroni cooked in my Ninja Foodi with dry mustard, salt, and pepper. When it finished, I mixed in the additional ingredients:  a spoonful of sundried tomato cream cheese, shredded mozzarella, grated sharp cheddar, grated Swiss, and some finely grated Parmesan and about four ounces of evaporated milk. It was super cheesy and absolutely delicious. I heard great feedback from everyone in the household and that tells me it will become a part of my go-to recipes. I served it with streamed green beans and cherry Jell-O. Sunday felt like a good comfort food day. Miss Kiera had made the Jell-O previously and it hit the spot. 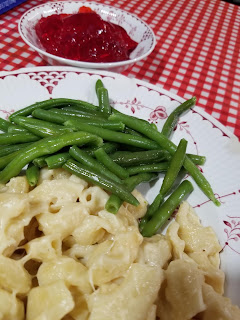 Using just four ounces of a 12-ounce can of evaporated milk, I sought ideas for what to do with the remaining milk. I have some ideas to keep in mind for future uses, but I went my own direction with it this morning.

Today, I made my first attempt at bacon gravy. I needed to add in some regular milk as well, but eventually it turned out ok. It resembled bacon pudding before my dad stepped in and properly thinned it out, but the flavor was good. This leads to a goal I am adding to my shelter-in-place time. I will get better at gravy making. In the meantime, I appreciated making gravy being a part of our science for the day. Connor took some video and is working on putting it all together as part of a science project for the day. We love Kitchen Chemistry and so I expect more of this to occur in the coming weeks. In fact, we're planning to make caramel sauce, compliments of a recipe my brother provided.


Let me give you a glimpse behind the highlights reel. 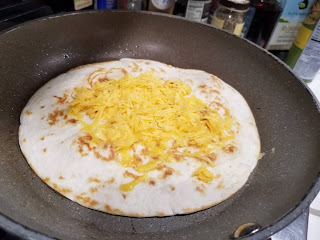 Monday was our first fully scheduled day. I planned a lunch. As lunchtime grew nearer, Connor stepped up. Then stepped in. I set my lunch plan aside as Connor gathered ingredients for his quesadillas. He chopped onions and bell peppers. He prepped pans. Kiera emerged and offered to grate cheese. It was a perfect moment. Then, it happened. As Kiera grated cheese, the grater slipped from her hand and grated cheese flew across the kitchen. She apologized. I took a deep breath. I swept the cheese from the floor after she brushed grated cheese from my back.  I put the broom away and took another deep breath. As I returned to the kitchen, I small crash followed by an "OH NO! NOT AGAIN!" rang out. I cringed. And, in all honesty, I totally lost my cool. Grated cheese was all over the kitchen floor. I was sure our first day of this carefully crafted schedule would head south and never get back on course. This time, Kiera swept the cheese from the floor. She apologized profusely. Then returned to grating cheese. I stood by, sure that all the cheese in the house would eventually end up on the floor then in the trash can. Fortunately, everything went well from this point. Connor made individual "to-order" quesadillas for everyone in the house and they were delicious! I regained my cool and the day got back on track. 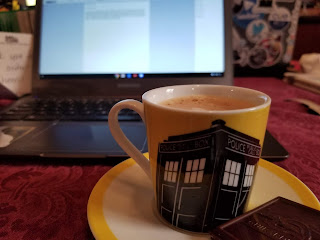 We will likely share some more kitchen adventures throughout this shelter-in-place time and beyond. We love to cook and create. We also take time to stop and enjoy the moment when we can. Tuesday afternoon included a special treat after our otherwise ordinary lunch of chicken fries and buttered corn. Stay tuned for more reflections on our adventures and learning during this time at home.
Posted by Rebekah Remkiewicz at 6:35 AM